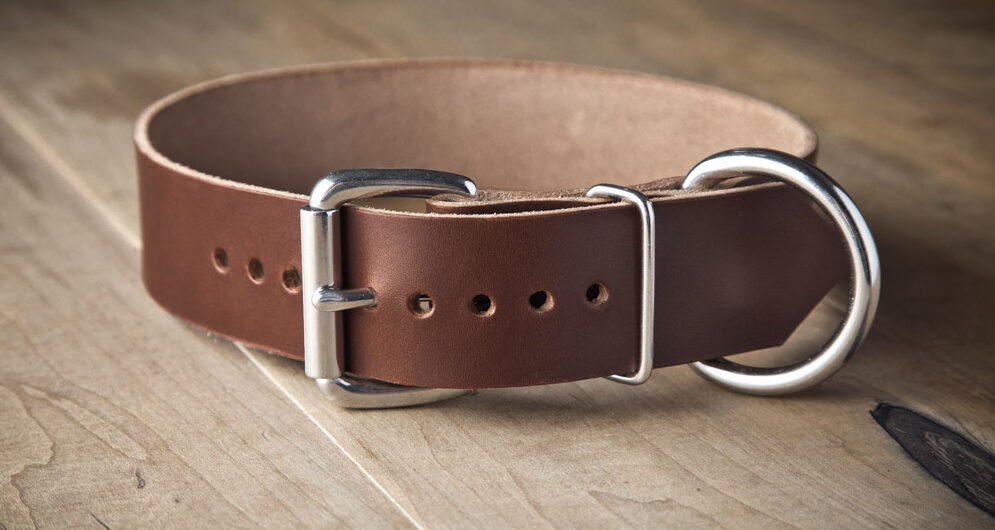 How To Help A Friend Who Has Lost A Pet

(Note: Because I’ve always been a dog owner, my personal experience has to do with dog loss, so I’ve written this from a dog owner POV. Of course, this article is about pet loss—dog, cat, horse, bird, bunny or any animal that has brought joy to its family.)

Specifically, this post deals with what to do when someone you know loses their beloved pet. I hope sharing my own experiences might help, especially to those who’ve never lost a pet or don’t have one and don’t find the experience particularly relatable. Or maybe you’ve lost a pet yourself and will find some of this information helpful. I hope so.  Unfortunately, I have lost many important people in my life and losing an animal is very much the same thing in my mind. (Some people may disagree with this sentiment, but my dogs have always been family.) 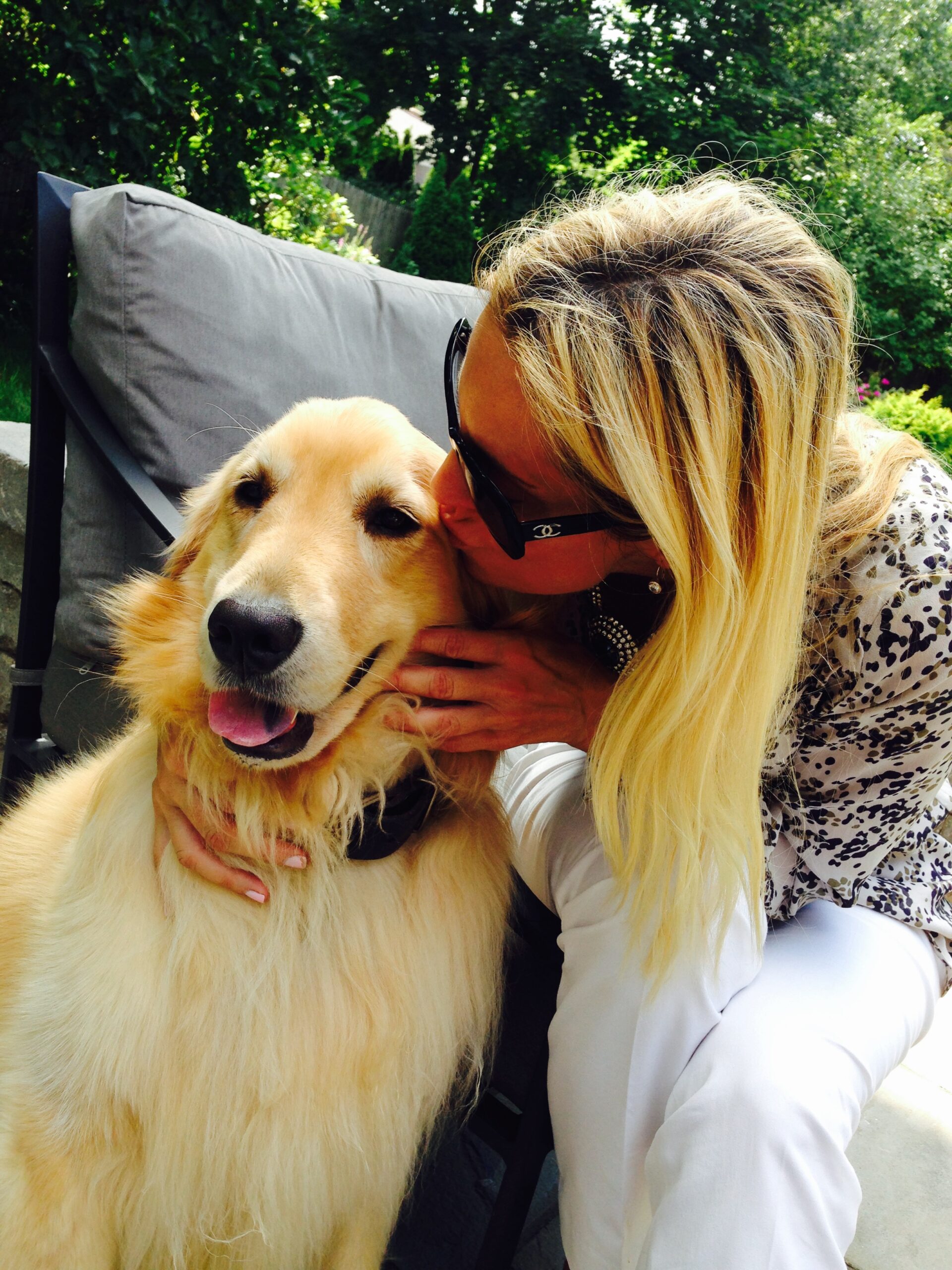 When you have a dog, the good so far outweighs the bad. In time, you forget the sleepless nights (we are just and I mean just, over that!) Those little, nippy puppy bites and all the shoes and furniture destroyed beyond recognition are simply forgotten over time. While those things aren’t a ton of fun, to be sure, they aren’t the bad. Not even close.

The bad happens when you lose a pet. When I say lose, I mean when one’s pet dies. I prefer the word “lose” even though this has nothing to do with misplacing. I use the term lose because I just don’t even like saying or writing the d word. Losing a pet is one of the most awful things there is. If  you are a true pet person and you’ve been through it, you know what I mean.

We are on dog number 5 (Seamus) and 6 (Finn), which means that we have had to go through this type of loss four times. It never gets any easier, no matter what the circumstance.

Our first two amazing Golden Retrievers, Jake and Chloe, lived to be nearly 16 years old and while losing them was heartbreaking, there was some solace in that they both had led very happy, very full and very long lives. They were inseparable and lived life to the absolute fullest. 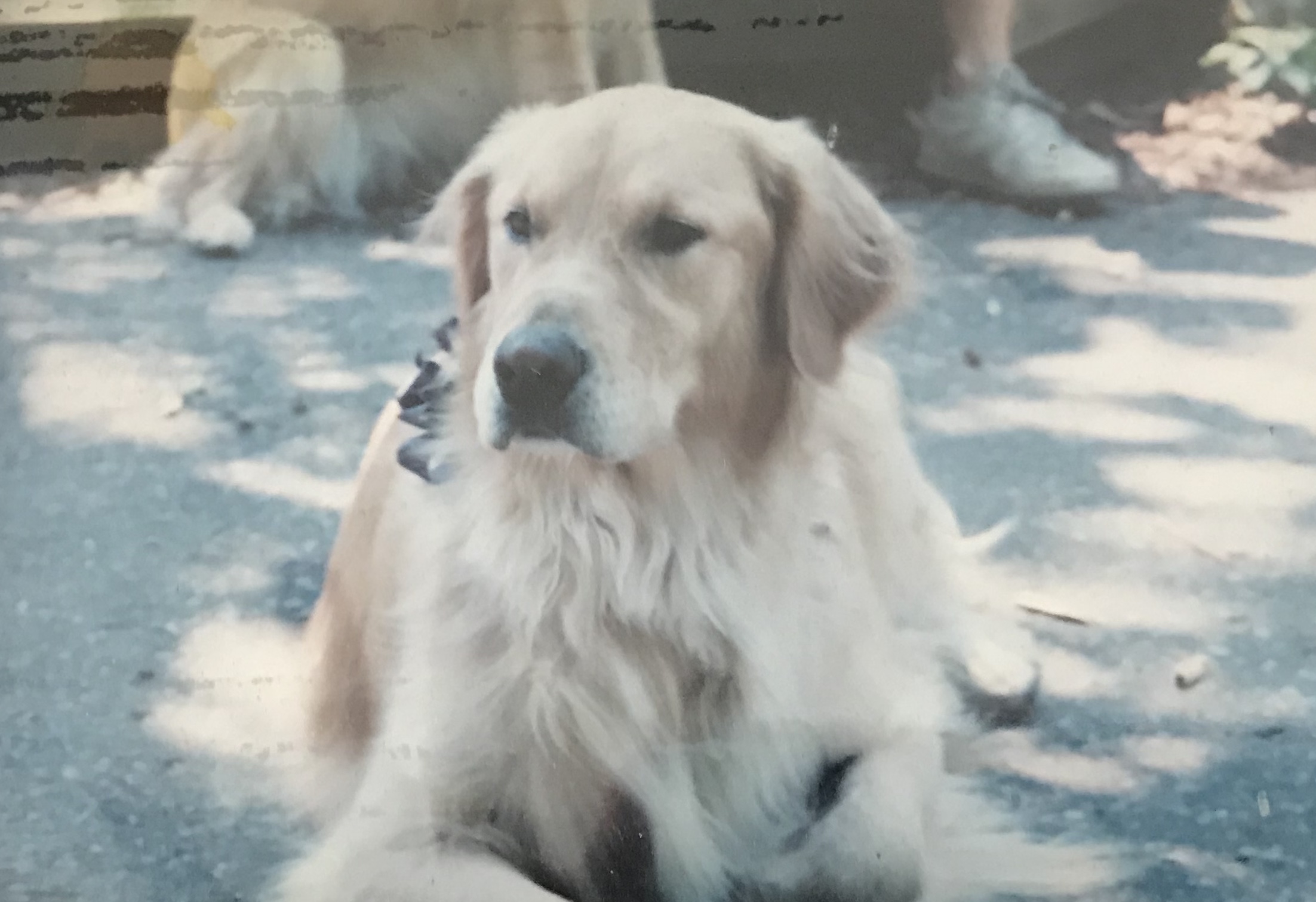 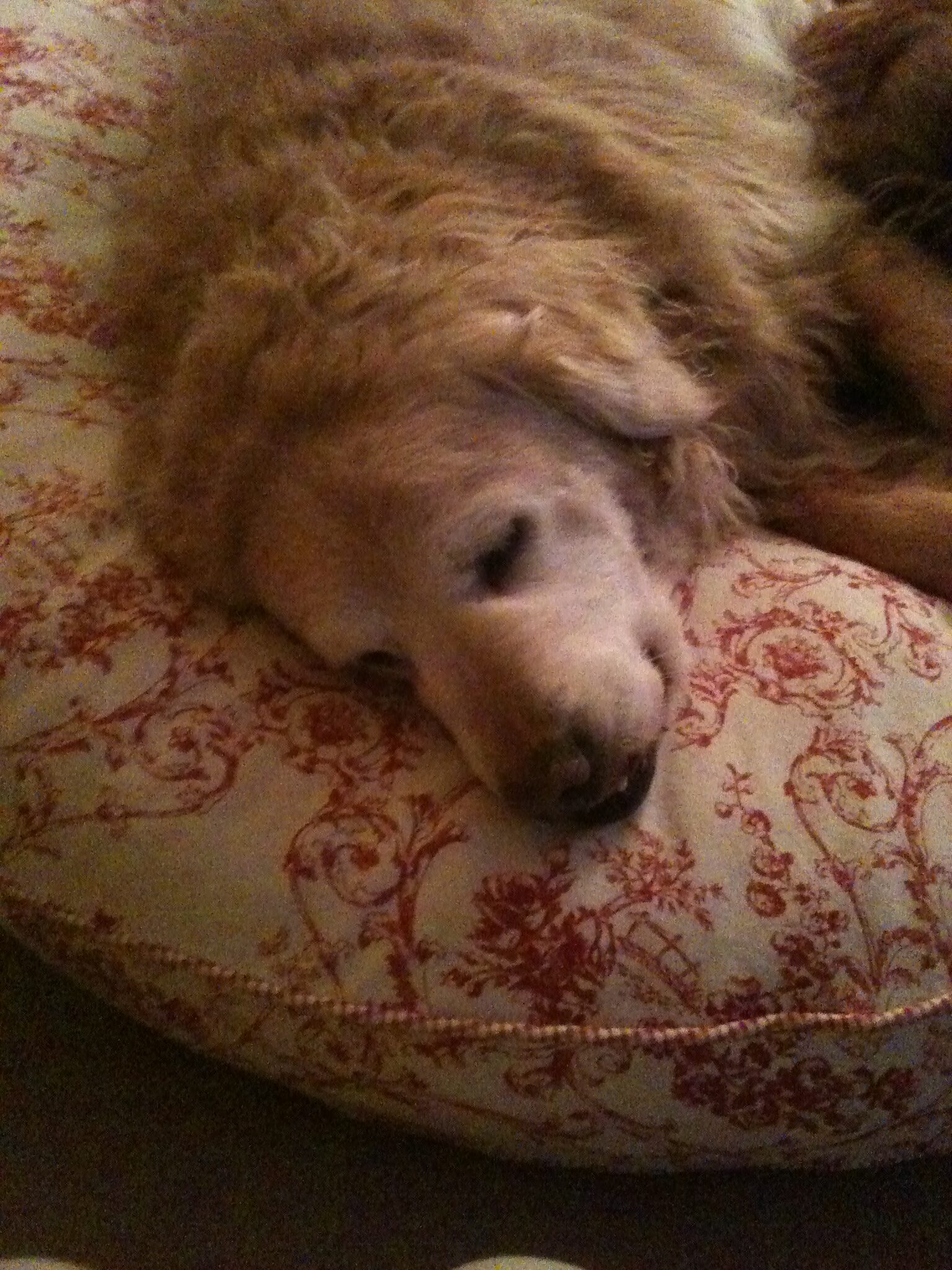 Then came Lola (the cutest little Norwich terrier whom I had to have after seeing Winky in one of my all-time favorite movies, Best in Show, and Duncan (another unbelievably wonderful, beautiful, happy Golden). Like all our dogs, these two were buddies. 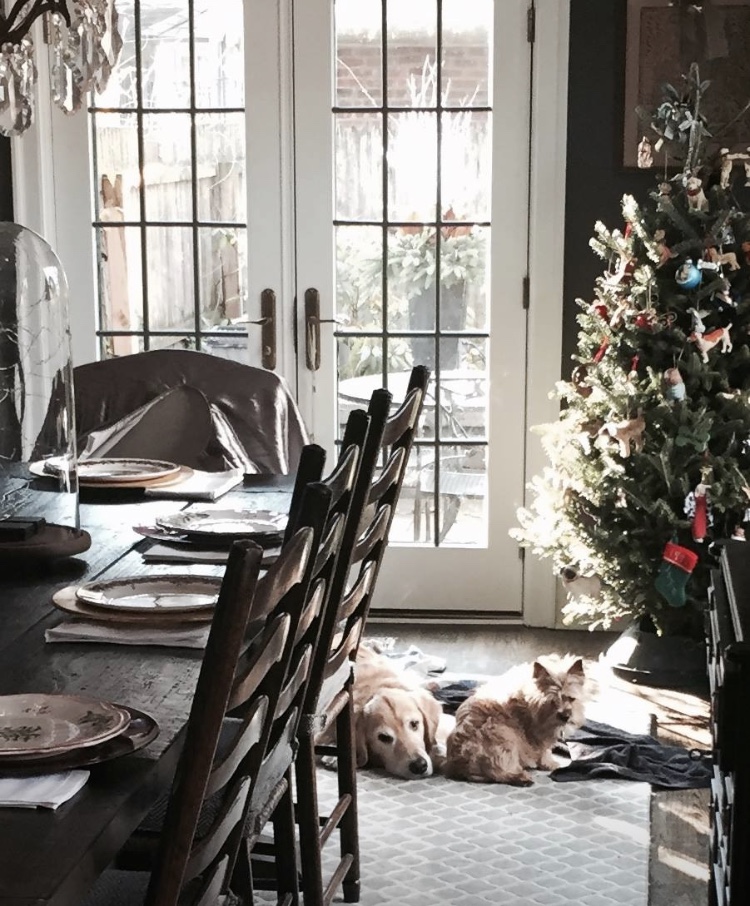 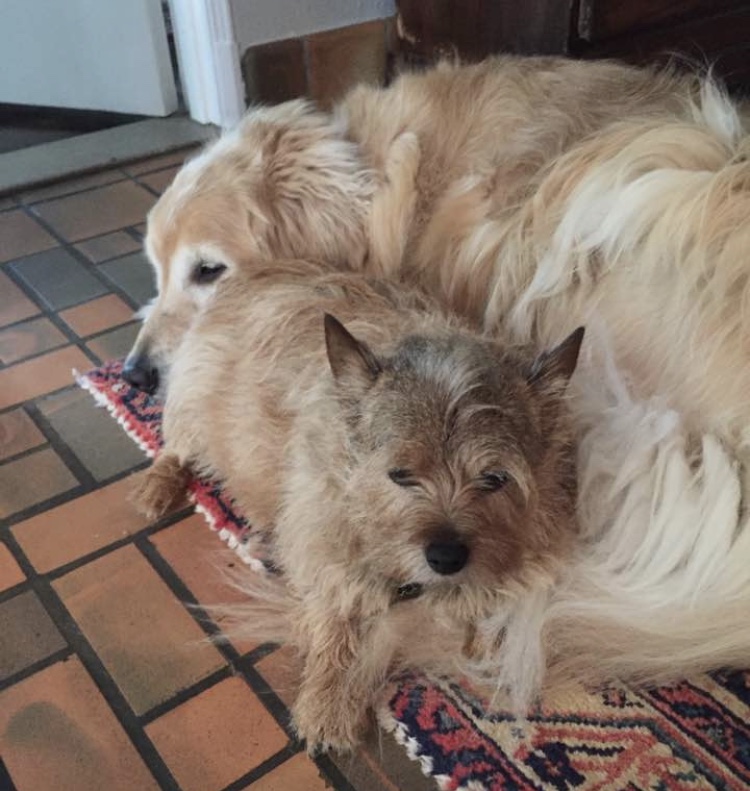 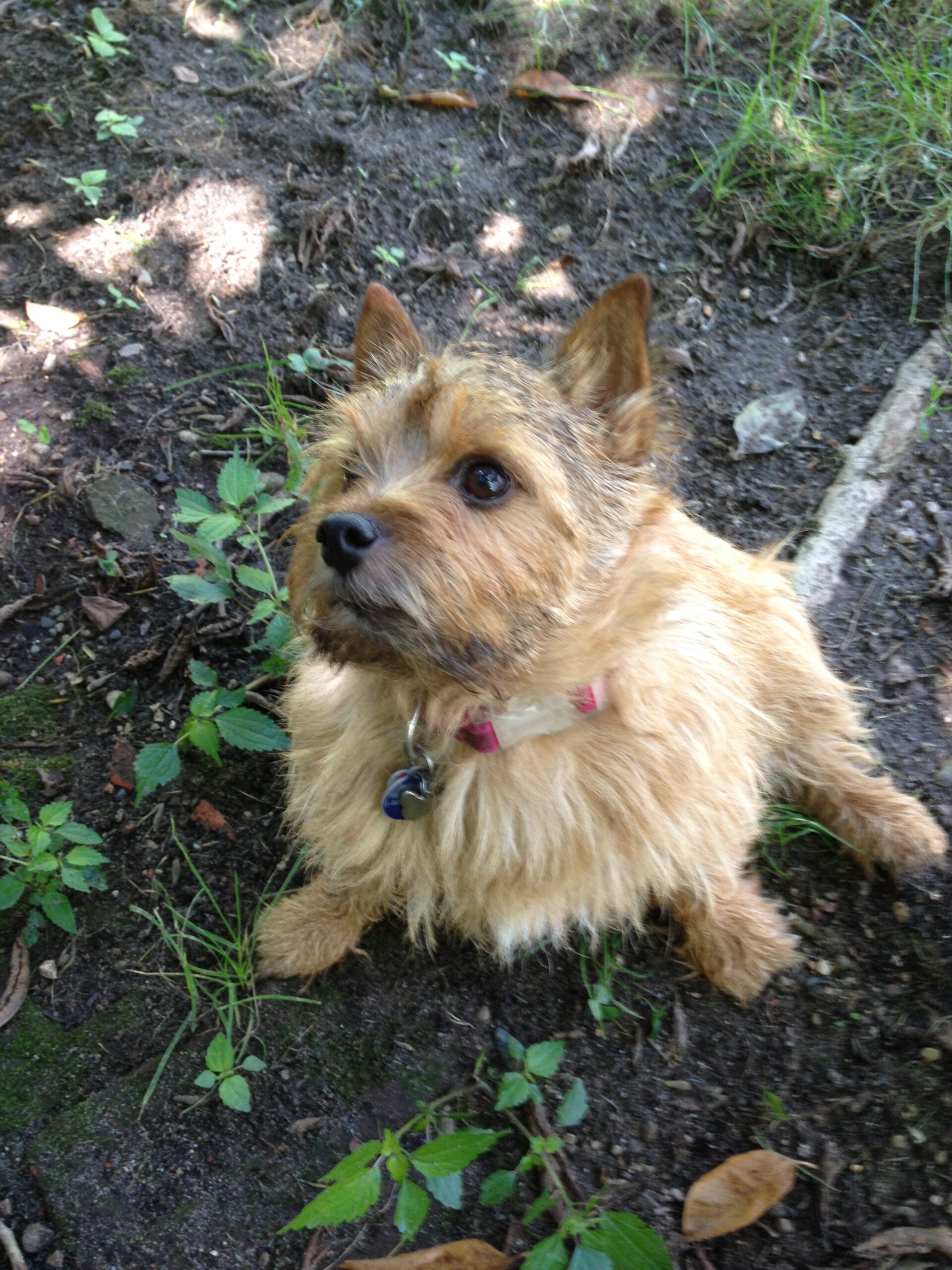 We lost these two when they were both relatively young dogs. Lola, who was always full of energy, was only eight when she died very suddenly. After exhaustive tests and almost a week in ER, there is still no conclusive reason why she developed encephalitis. I found her lying down in one of her favorite spots and she basically didn’t move again. 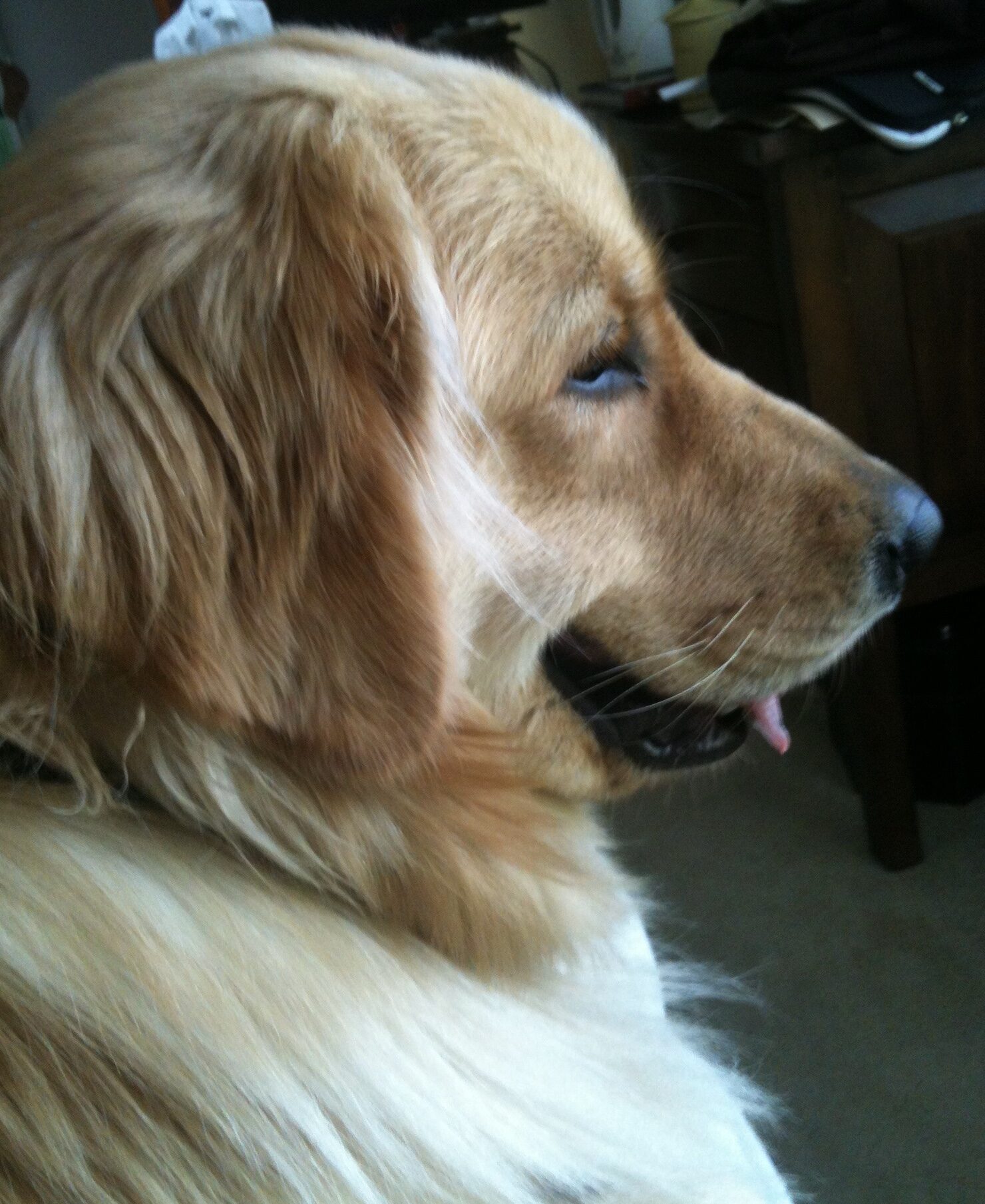 Duncan, who was literally my shadow, was diagnosed with cancer early in 2019 and we had many reasons to think he would beat it as our other two Goldens did. Unfortunately, this wasn’t the case. This was shocking; he was strong, healthy and not ill a day in his life. A mast cell tumor broke off after an amazing walk and he died less than a day later. This happened on March 16 and he passed away on St. Patrick’s Day. He was only 7 years old.

Be A Good Friend

Both these losses were crushing to me. (I couldn’t even do that very same last walk we had taken with Duncan until my dear friend, Christine, who was visiting from out of town, came over, borrowed a pair of my tennis shoes and said “Let’s do it.”) Ironically, Christine and I had met through a mutual advertising friend and bonded immediately just as I was getting over the loss of my first Golden, Jake. We had known each other for about an hour and here we were at the bar crying. She was worried about her fabulous German Shepard, Oscar, who was going through some health issues and could completely relate. Our mutual friend who had introduced us came over to these two crying girls and and was like Wtf?

Keep in mind that everyone is different when it comes to this type of loss. Rule number 1:  If you don’t understand the grief that your friend is feeling, don’t try to minimize their loss by saying “It was just an animal.” And yes, I’ve been told by several people that people actually have said this to them. Thankfully, while I’ve heard some fairly insensitive things (never by anyone I know well), I’ve never heard this.  While “it’s just an animal” might be your take on the situation and you think that you are being helpful by “putting things into perspective,” this will sound heartless to someone who has just lost a being that was a major part of their life. 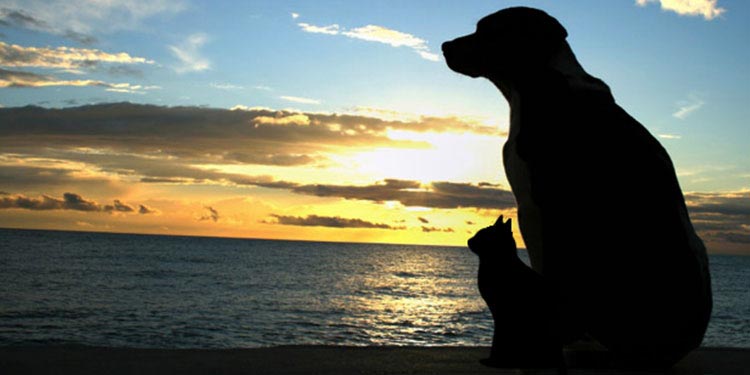 It’s also important that you respect how the person is dealing (or not) with losing their pet. Everyone has their own journey, so to speak. I go into shutdown mode and don’t really want to talk about it for a few days, even with my closest of friends. I get there eventually. Others probably want to talk about it right away as it’s therapeutic for them. I get that too, but the point is to respect what the person is going through and how they choose to go through it. Isn’t this the case with most things? So, how do you know? You’ll know. If your ordinarily chatty, in-touch friend suddenly goes dark for a few days, you know it’s best to give them some time.  And when they are ready, do what friends do—listen and be there.

So, This Begs The Question: What Can You Do?

You can actually do several things and I can assure you they will all be appreciated. 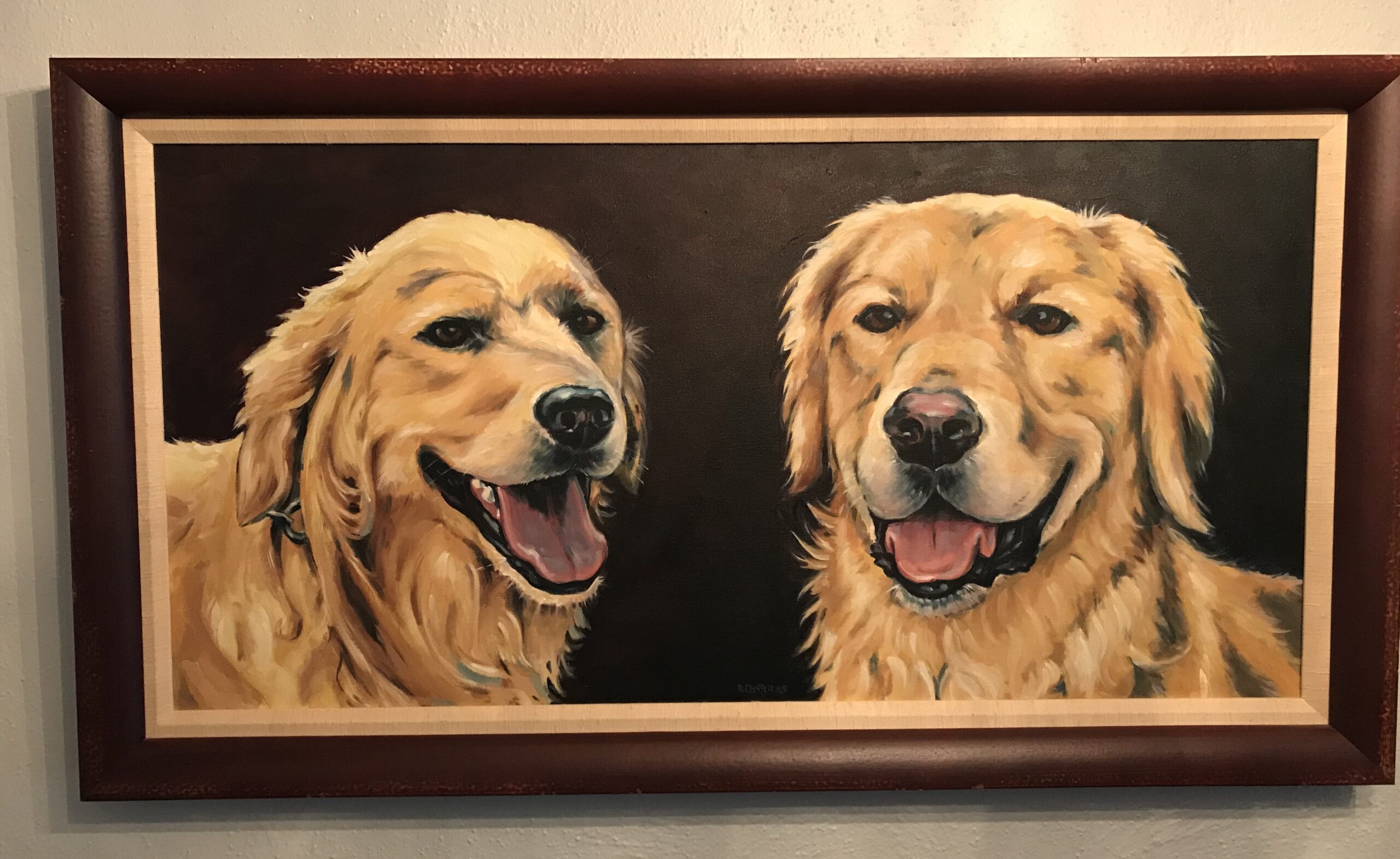 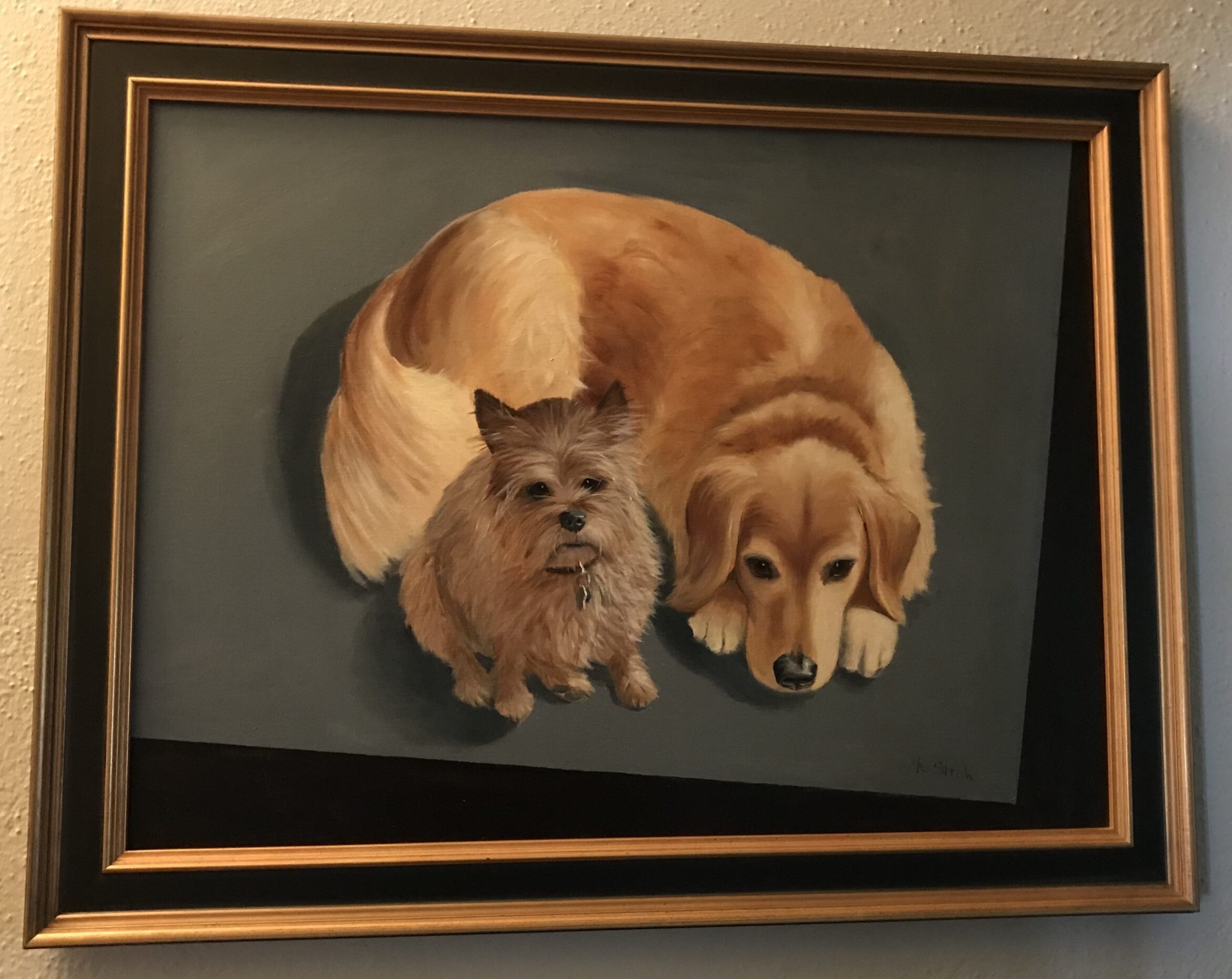 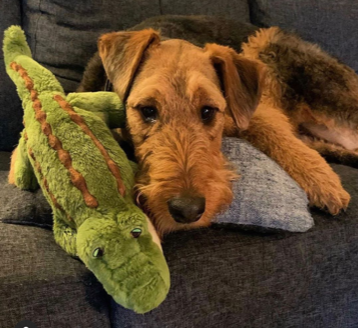 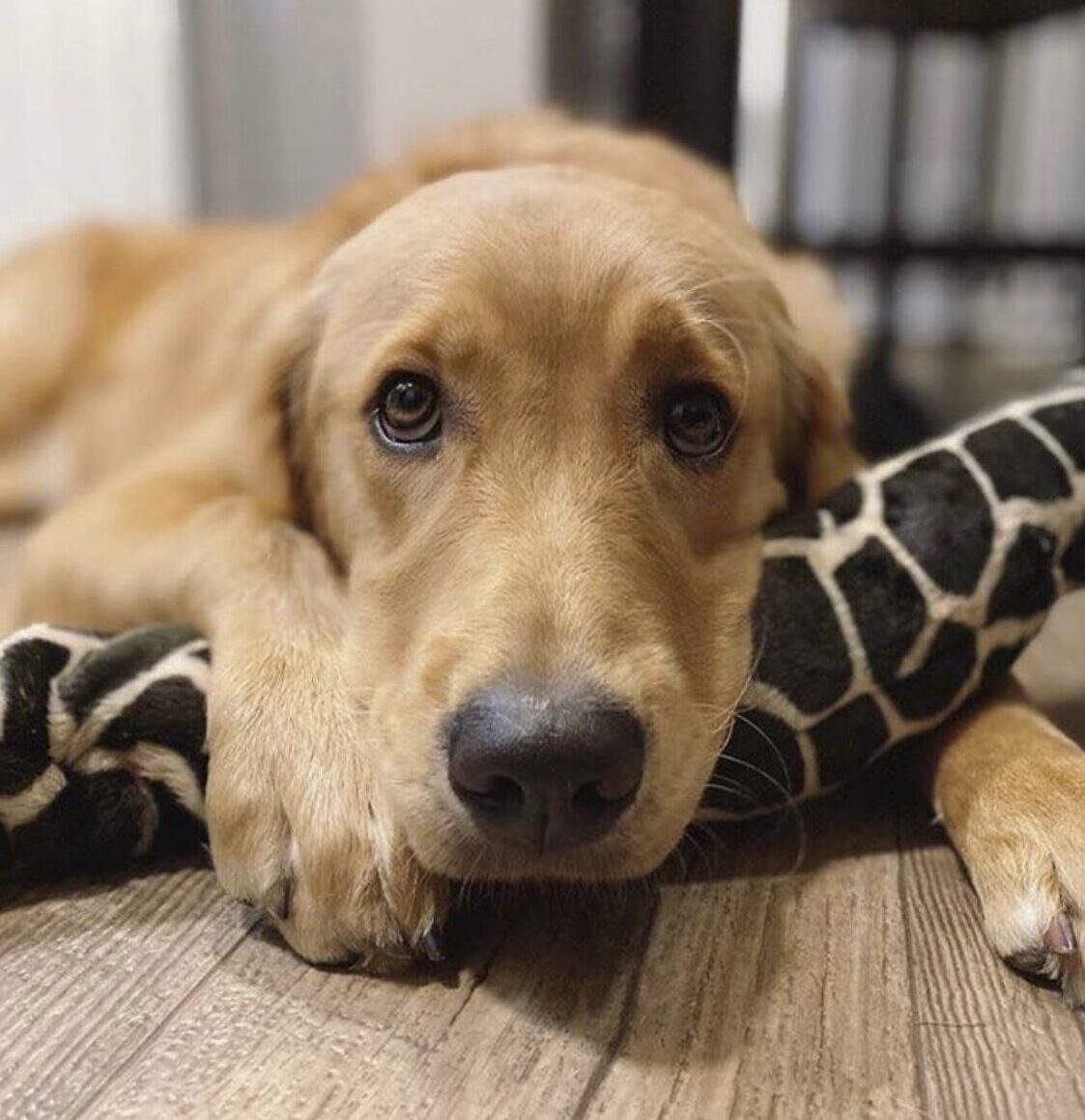 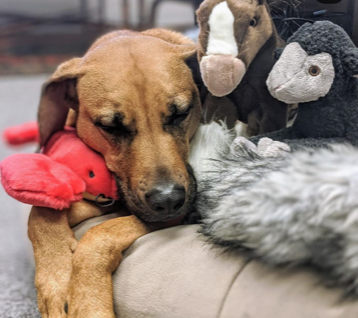 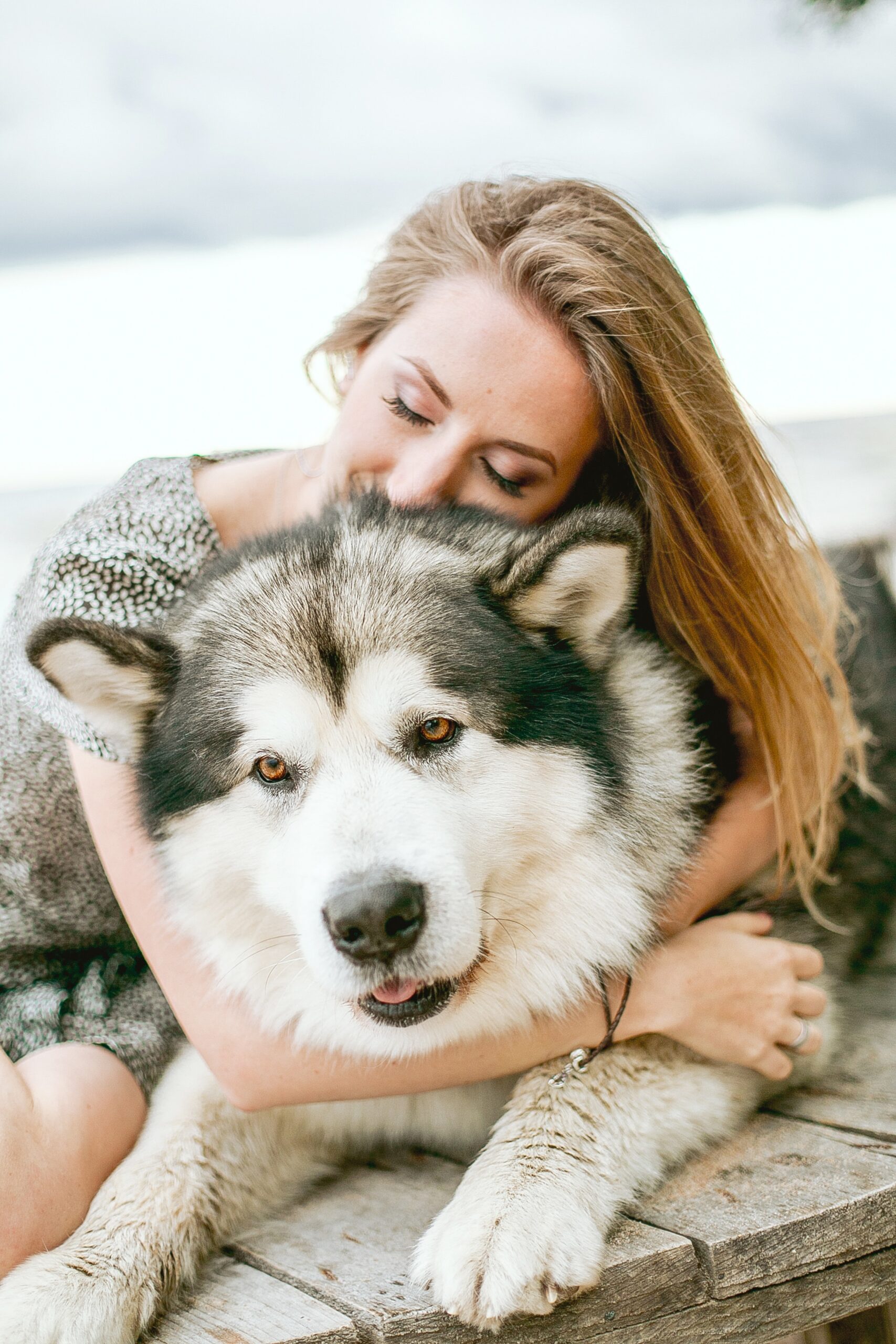 Unfortunately, I’ve had several friends who have lost their pets recently so the situation is never far away. Most every one of these people has gone on to get another pet even though it seems unimaginable at the time. It’s like I said at the beginning of the article….when it comes to pet ownership, the good far outweighs the bad. Like everything in life, when things go south, being thoughtful, kind and sensitive is what matters most. And that’s what being a true friend is.

Spring is in the air - how cute are these GREEN w

When you tell the groomer to cut your Golden on th

Brendan- two sticks for you from our house. #stick

Nothing like an early morning walk in the fresh sn

Tom Ford - you are the coolest! Love love love the

Starting to shop for the holidays - my kids always 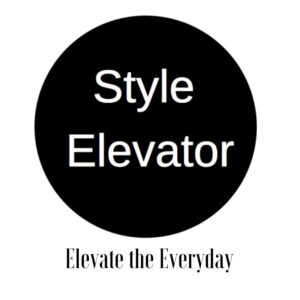 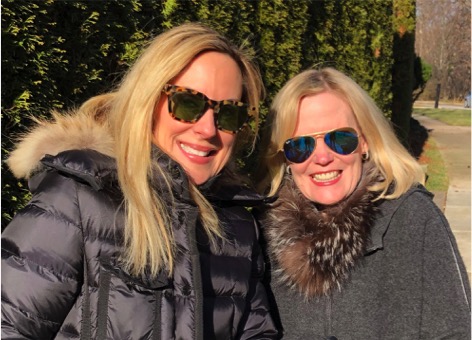 Well hi there! We’re Christine and Ann, (AKA Huthwaite and Harriss) the curators of Style Elevator. Like our name suggests, we’re all about amping up the everyday by zhoozhing things up to make life a bit more stylish. After years of friends asking “what should I bring for an appetizer?” to “what shoes should I wear?” we decided to put ourselves out there and share some of the things we love best. Clothes. Home furnishings. Beauty products. Food and drinks. Entertaining tips. Travel destinations. And lots more. We hope you’ll enjoy and be inspired. 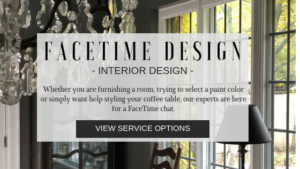 Style Elevator is a participant in the Amazon Services LLC Associates Program, an affiliate advertising program designed to provide a means for sites to earn advertising fees by advertising and linking to Amazon.com.  As an Amazon Associate, Style Elevator earns fees from qualifying purchases.

Spring is in the air - how cute are these GREEN w

When you tell the groomer to cut your Golden on th

Brendan- two sticks for you from our house. #stick

Nothing like an early morning walk in the fresh sn